Measuring Guide
We all know lingerie hasn’t just appeared out of thin air. Ladies undergarments have developed massive amounts over the last century, so to capture this we decided to take an in-depth look back at some of lingerie’s blasts from the past!

Women’s lingerie back in the day had three main objectives – to preserve a ladies’ modesty, and to create different shapes, silhouettes and for hygiene. While men had it a lot easier in terms of underwear comfort, ladies in the Victoria era were wearing constricted rib-crushing corsets in the hopes of achieving a ridiculously miniature waist. Uncomfortable crinolines and petticoats weighed down hefty on hip bones. Ladies throughout the last century have been through a great change when it comes to what’s worn as an undergarment and we at Little Women felt like we should give some adoration to what supported (no pun intended) shape lingerie today.

The S-curvature was widespread in popularity in the earlier twentieth century. Wearing a corset such as this on the left would create a push to the breasts forwards and upwards almost like a balconette effect just like our Katie bra!

These Corsets were tremendously constricting in stunning elaborate creations – women who were financially supported or from a good family were encouraged to shop for corsets with as much attention and thought as the women had with outerwear! 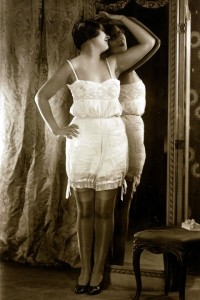 Underpants were at the height of lingerie fashion in the 1910’s.  Pre Victorian-era women wore open crotch under drawers, not because they represented sexual availability, but because only men wore closed-crotch under pants at the time! So this was the introduction to the Victorian middle-class woman’s bedroom symbolized sex availability to her husband, which of course broke from societies tradition and was very clearly meant to be seen.

The age of the flapper – it involved many satin pieces, as well as skirts that were long and loose to slip dresses. Why not get your own slip dress from Little Women? After the confining Victorian period, ladies of all ages were allowed more freedom in virtually boyish loose fitting lingerie. However, those with a larger chest found it hard to attain this boyish look, so many resorted to bandaging up their breasts! 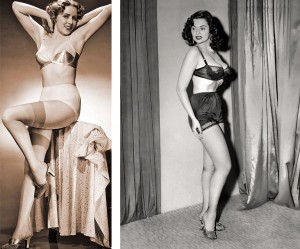 At this time we had the beginning of the more widely known bra shape! The curve and contour was more obvious, so obvious in fact it had a very apparent cone shape. In keeping with the glamorous Hollywood nature of the time, adverts started to appear more and more for underwear, showcasing what we refer to as ‘Madonna bra’ the trendy cone bra. Like the cone shaped effect? Why not try our very own enhance bra? 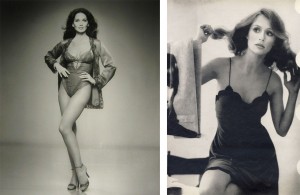 The 70's saw the return of lace, silk and satins with long slip dresses with lace detailing. It’s not surprising to see these loose fitting shapes, especially after the bra-burning decade of the 60’s. Get your own satin slip dress right here.

The undergarments from the 1930’s make an eerie resemblance to that of the noughties and what was worn in the 1915’s very much looks like the jump suit or playsuit which are on trend now!

Have a look at this interesting little video that shows you the evolution of lingerie in less than 3 minutes!


Looking back, we love seeing how we’ve come to the bra outlines and prints we have now. We celebrate these by having a diverse range of bras at www.littlewomen.com all with an individual style! We can only marvel what the next century will bring to the industry! 3D printed lingerie may be as casual as drinking a coffee – who knows!
Share Share on Facebook Tweet Tweet on Twitter Pin it Pin on Pinterest
Back to Blog